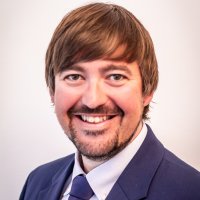 Dominic Porta completed his law studies at the University of Münster in the year 2009 with his first state exam. During this time, he also completed his Common Law education and he worked as a research assistant at the Chair of Comparative Legal Theory and Common Law before completing his Master’s Degree in International Law (LL.M.) at the University Pompeu Fabra (Barcelona) in 2010. He completed his “Referendariat” (legal clerkship) in law firms located in Düsseldorf, Barcelona and Mexico City. This broad range of international experience enabled him to extend his knowledge in all areas of international business law as he assisted in the legal, fiscal and economic requirements for the founding and incorporation of new companies and their expansion. After successfully completing his second state exam, he broadened his experience in various German-Spanish law firms, where he specialised in real estate and tenant law as well as holiday rentals and the application for the necessary licenses. Dominic Porta is a member of the bar association of Düsseldorf as well as of the Balearic Islands and he is currently working on his PhD in comparative law which he expects to complete at the end of this year. Since July 2015, he is also a sworn translator for German and Spanish.

He will gladly advise you on all matters concerning real estate and tenant law as well as holiday rentals in Mallorca.

Bar association of the Balearic Islands: 6645

Phone:
Unknown phone number
Fax:
Unknown Telefax
Contact us
To see the address of another law firm, click on the different pins.